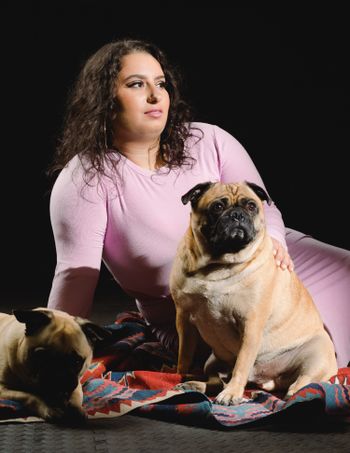 Tissa Rahim, the Persian Powerhouse, is an established West Coast musician with a 40-city North American tour under her belt. She has performed at House of Blues in New Orleans, the Gramercy Theatre in New York, and Vancouver’s quintessential jazz and soul club, Guilt and Co. Named one of 24 Magazine’s “Top 24 under 24”, her collaborators include producers such as 100 Monkeys’ Jackson Rathbone. As a solo artist, Tissa is able to freely explore her effortless Soul/RnB sound, infusing it with the traditional Persian music her family has made for generations. Beyond performing as a solo act up to a 6-piece band, she has led workshops on how her Middle Eastern roots have influenced her contemporary songwriting. Tissa's signature vocal style combines the depth of Amy Winehouse with the melodic playfulness of Googoosh.

Since 2019, Rahim has built up an enticing catalogue as a solo artist, consisting of digital releases, videos and a number of collaborations with artists in Vancouver and beyond. Tissa's upcoming single “Sunrise To Sunset” was written as part of Music BC's Canadian Songwriter Challenge, where she placed in the Top 15. It will be released on all platforms on October 1st, 2021.